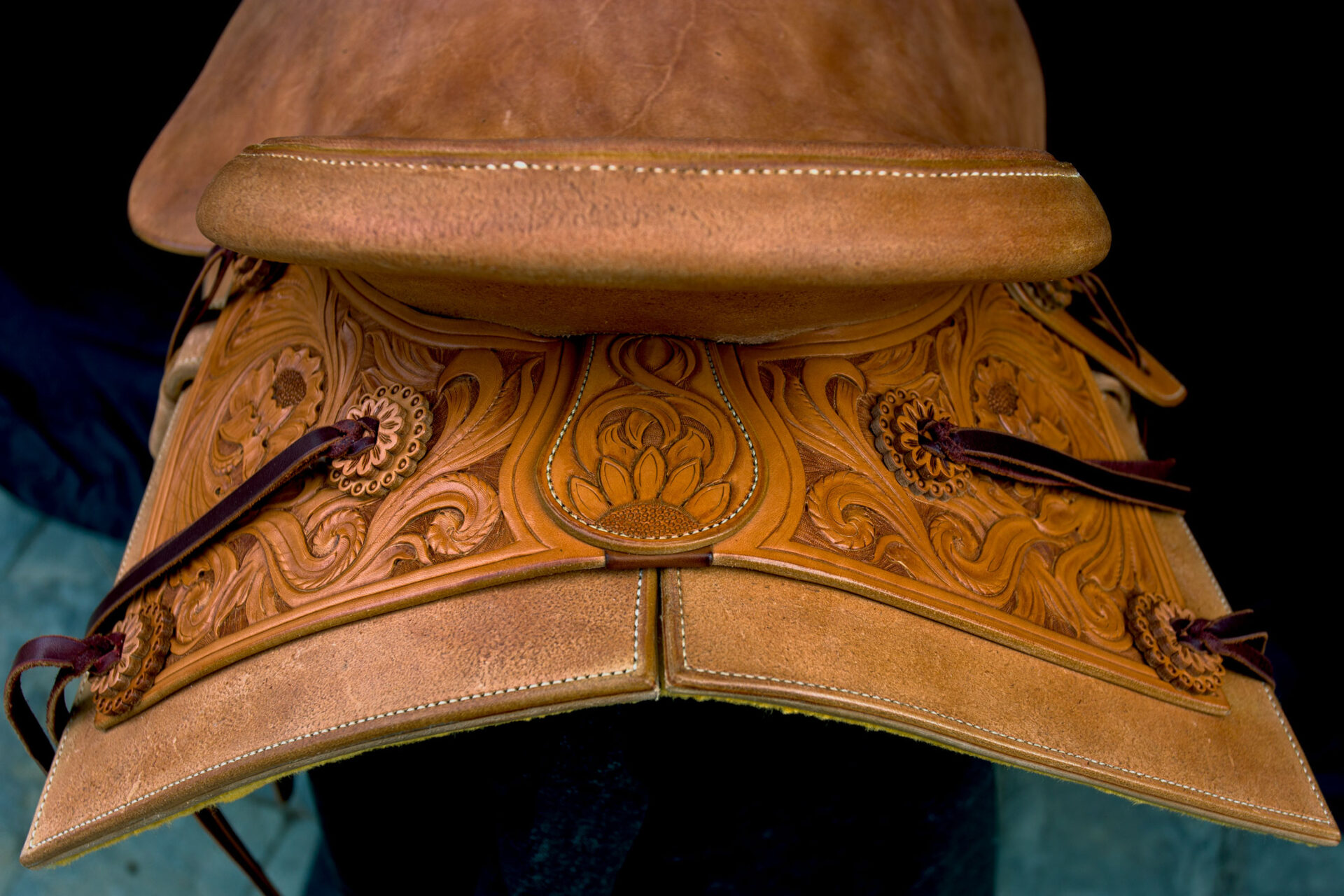 Three weeks ago my friend and customer Tony Jardine of Twin Falls, ID, called to see about getting a saddle made for him in short order. Fortunately I had a couple of spare trees in the shop and we were able to get some specs together pretty fast for the saddle. He wanted a basic roughout with some tooling on the rear jockeys, swell and horn, small square skirts, in-skirt rigging and double rigged at 7/8. He works as a rodeo pick up man so likes his seats built a certain way as well as his horn. He wanted black chap leather for the horn wrap and wanted the points of the rear jockeys attached to the skirts with strings and conchos.  I was in between orders so his order was timed perfectly for me to get it done in the time frame requested. We built this saddle on a Rod Nikkel Wade tree with 90 degree bars. Here is how it finished out: I sent Tony some pictures when it was finished and he asked about the second tree I had sitting in the shop. He wanted that tree as well and said “Just do the same saddle on that Will James tree except expose the stirrup leathers”.  We did it and here is how it turned out: Thanks Tony for the two quick orders. Here are some more pictures: And some more of the Will James: