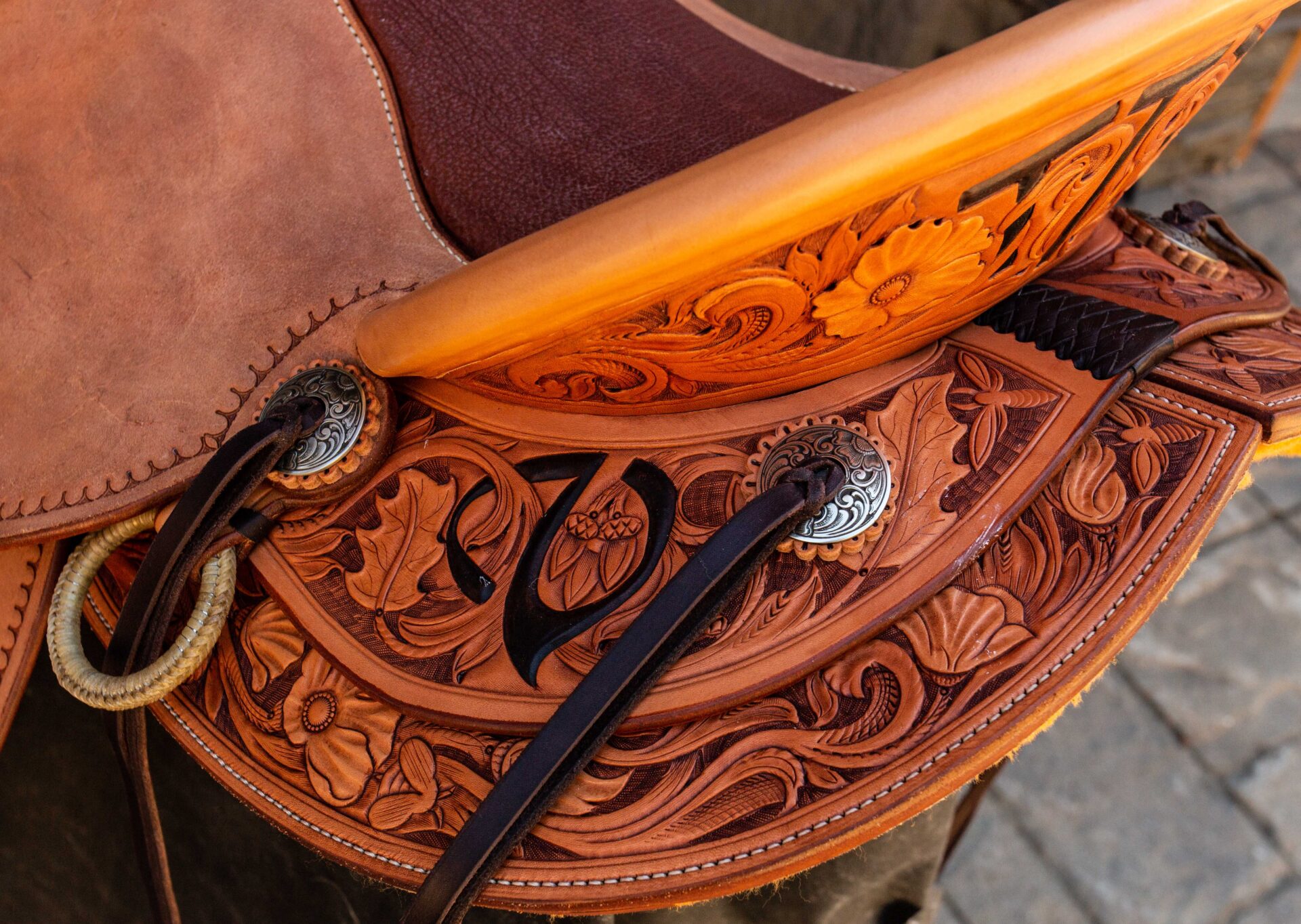 Lisa asked that this saddle reflect her Californio heritage. That required some California poppies, oak leaves and acorns, as well as some Gardenias. The saddle also features three brands. The three cross brand on the cantle back is Lisa’s current brand. The “V” brand on the rear jockeys belonged to someone very influential in Lisa’s life, Sheila Varian.

The “O” brand on the horn cap belonged to her great-great grandfather, Don Agustin Janssens, who was granted the Mexican Land Grant Lomas de la Purificacion near Mission Santa Ines in present-day Santa Ynez, California. A fascinating book, The Life and Adventures in California of Don Agustin Janssens, published in 1952 by the Huntington Library, details his life.  He was born in Belgium and came to California from Mexico City at age 17 with the Hijar- Padres Colonial Expedition. He was active in military, ranching, business and civic responsibilities in Santa Barbara. He married Maria Antonia Pico and had several children. On the ranch, he raised cattle and horses. He fought against John C. Fremont, and, then when California became part of the United States, had Fremont to his ranch for lunch. He was appointed judge positions and administrator of the Mission San Juan Capistrano by Padre Jose’ Maria Zalvidea and Don Guillermo Eduardo Hartnell. At the time, the mission was entirely without resources. He only agreed with the condition that he would never ask for any aid of the government and that whatever he should acquire would be for the Indians. He proceeded to get some assistance from neighboring ranches and enclosed the gardens, set up forges and looms, put carpenters to work, made brandy from wild grapes and prickly pears to trade, and much more. He exchanged goods to clothe about 200 Indians and the same number of vaqueros, according to this historical book.

The tree in this saddle is a Wade built by Dusty Smith of WYO Saddle Trees. Thank you Lisa for asking me to work with you on this great project. 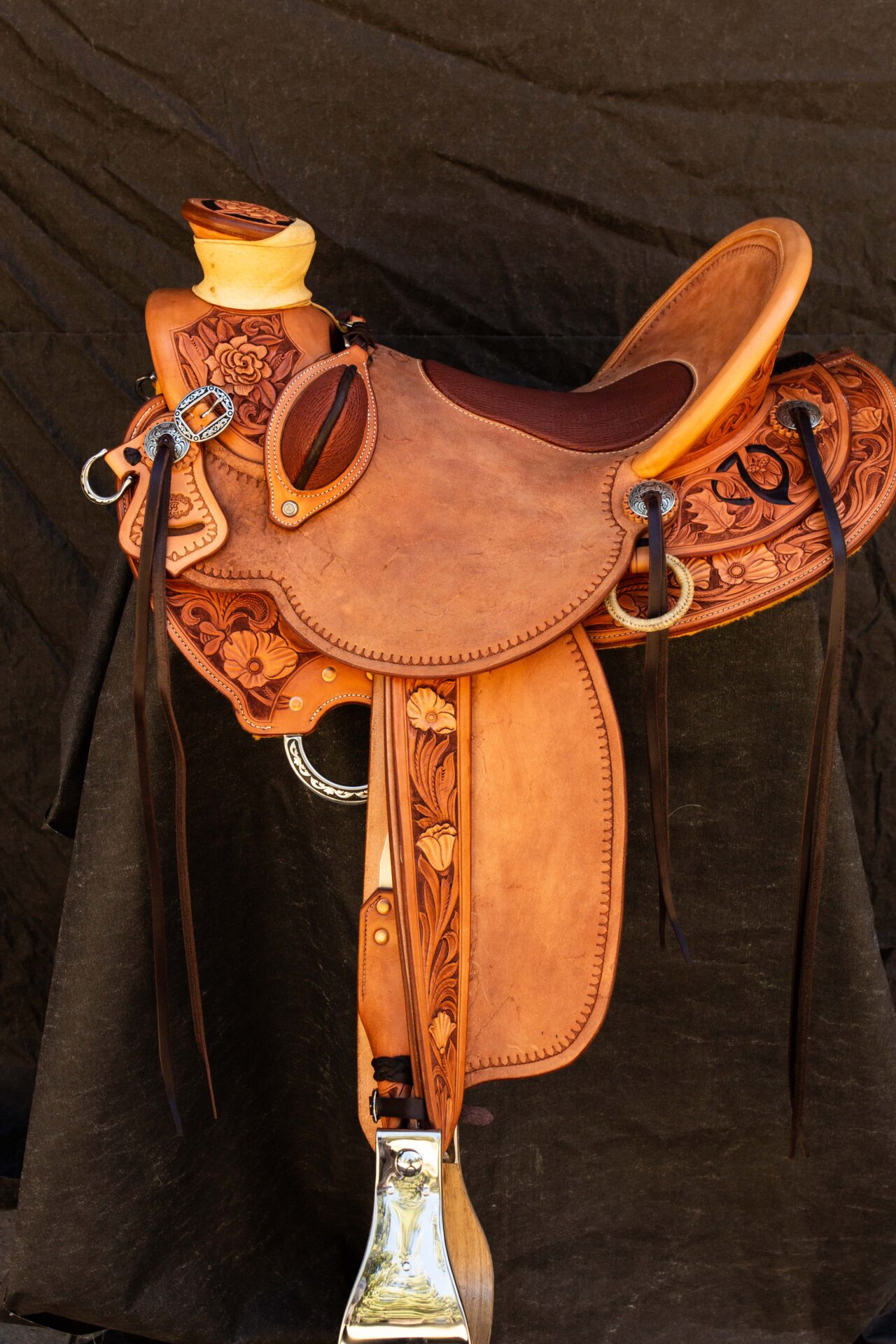 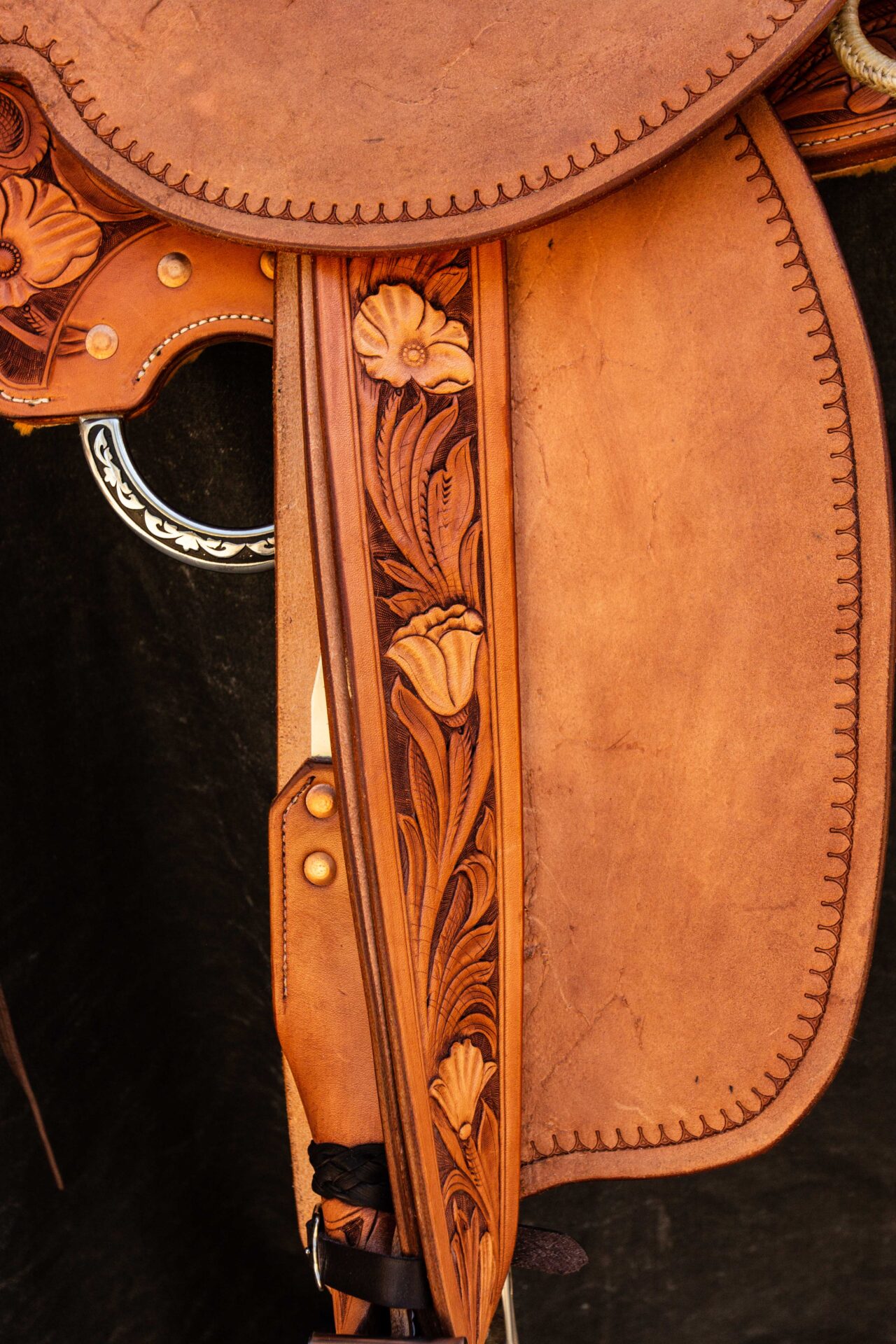 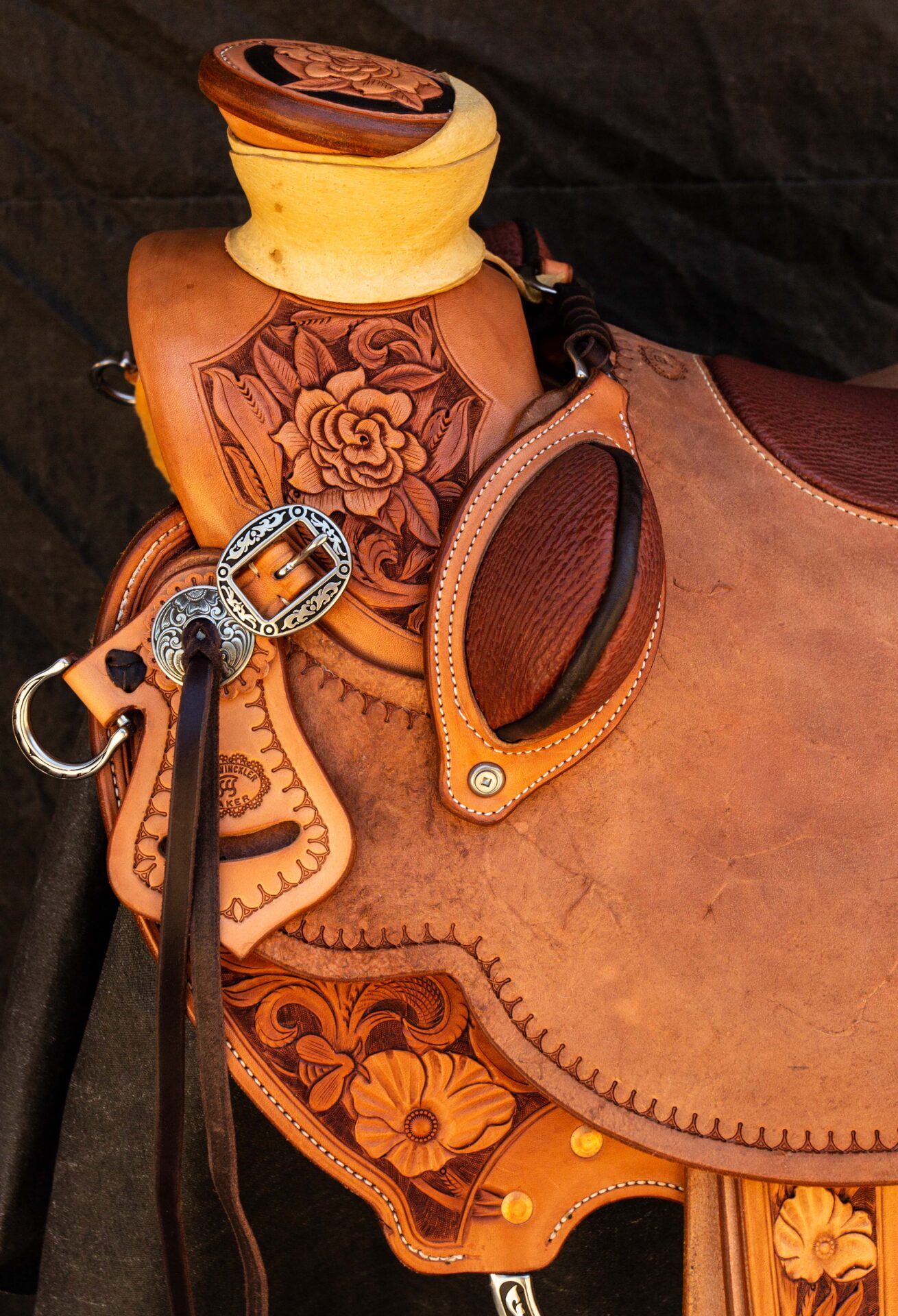 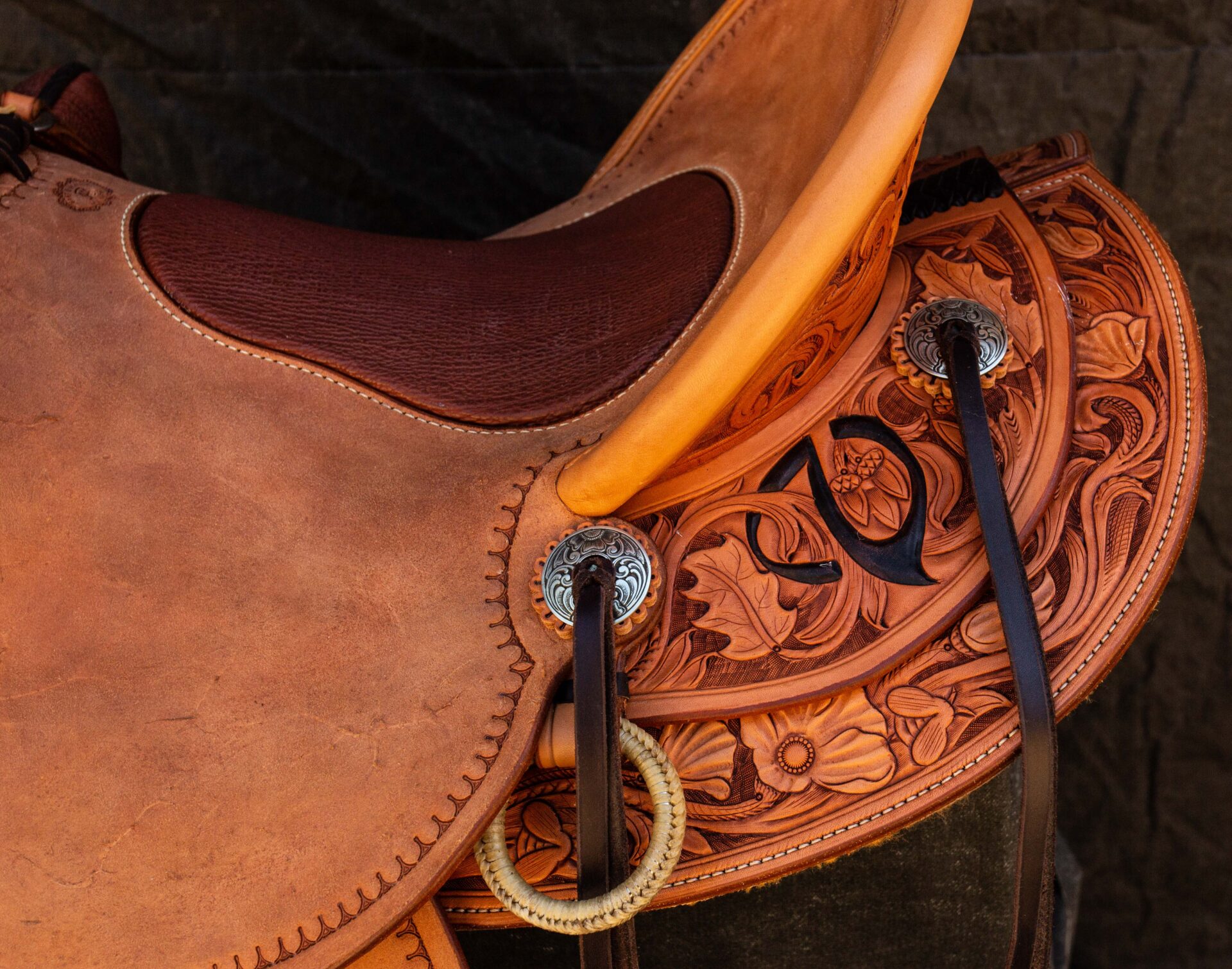 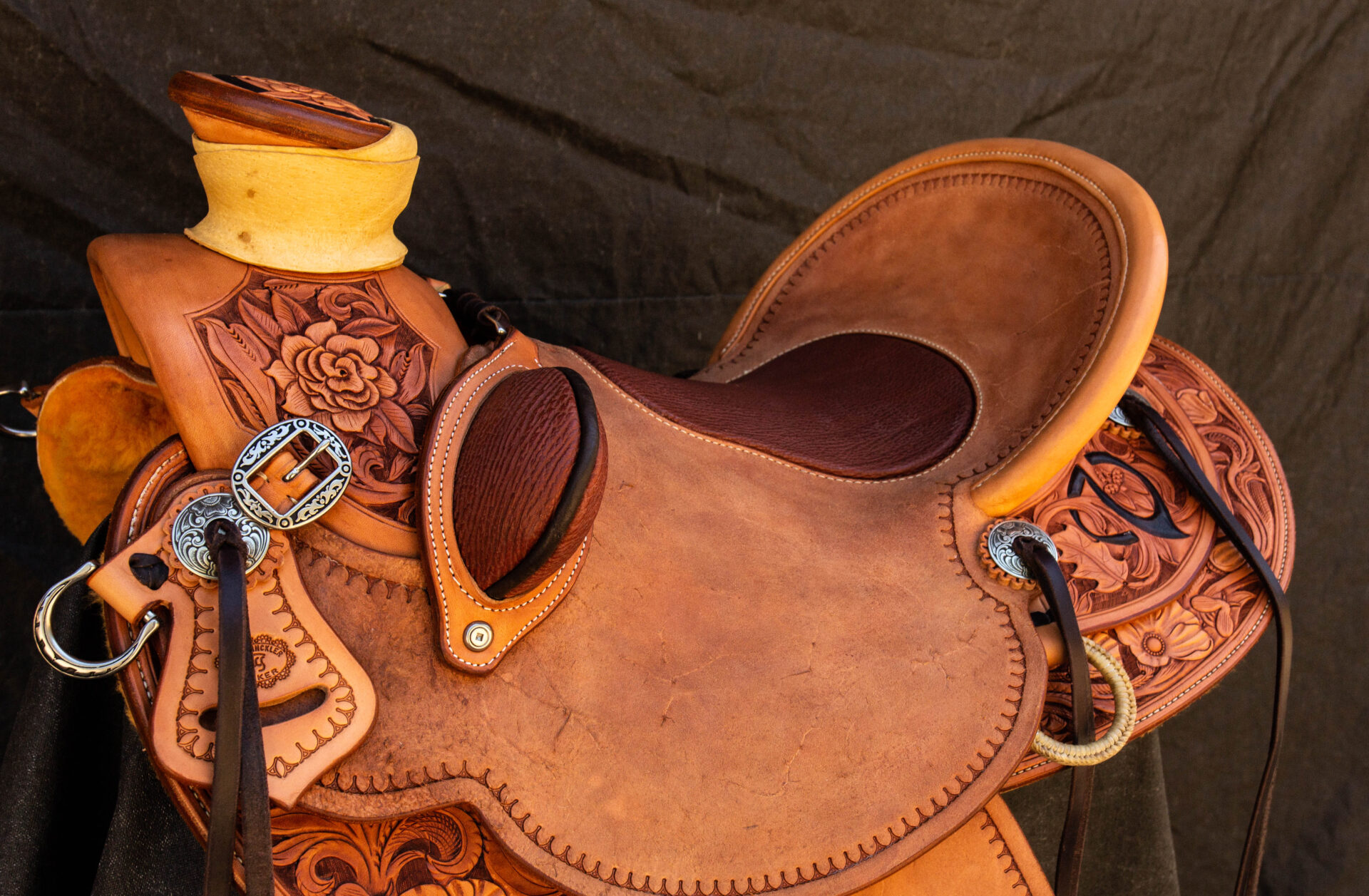 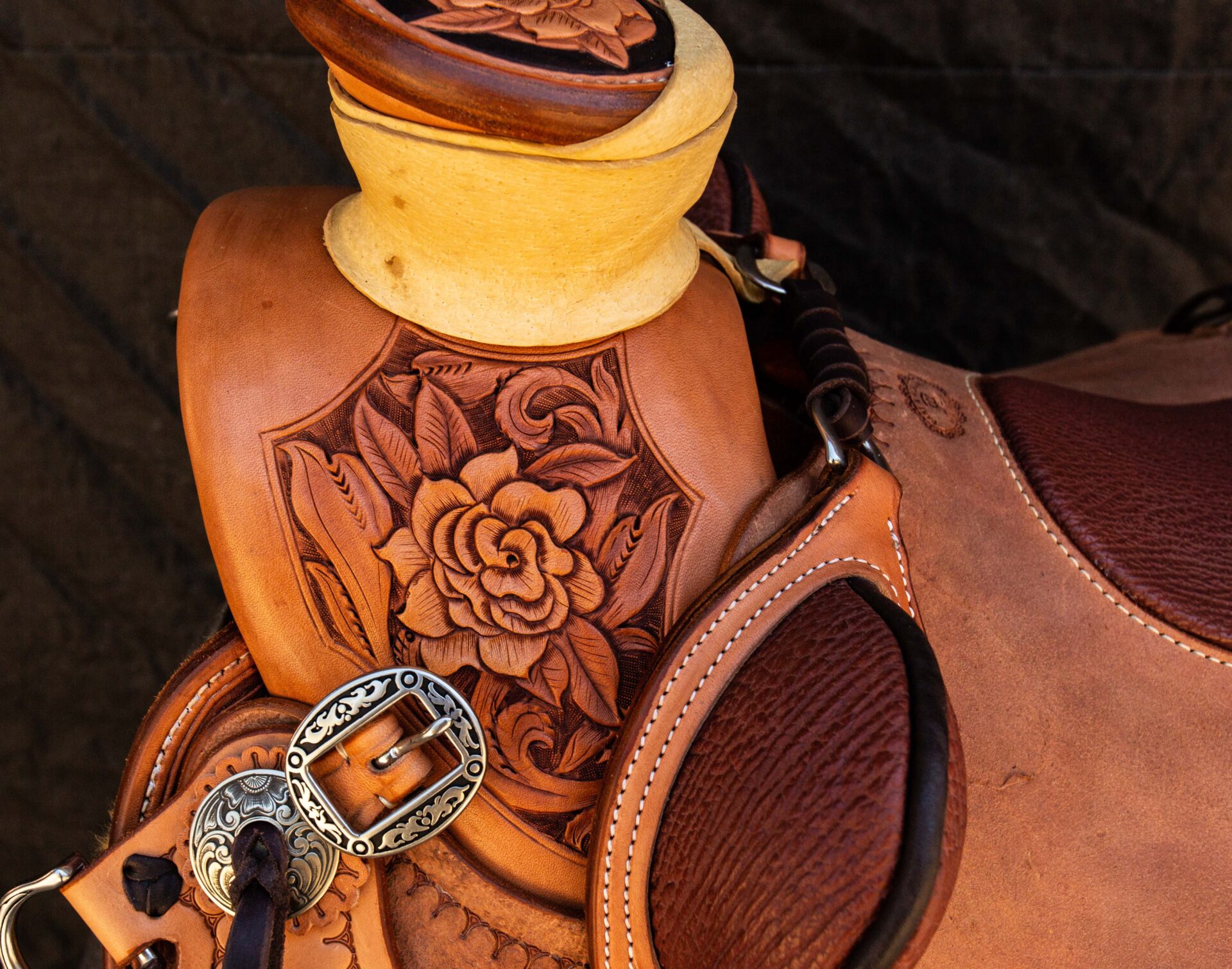 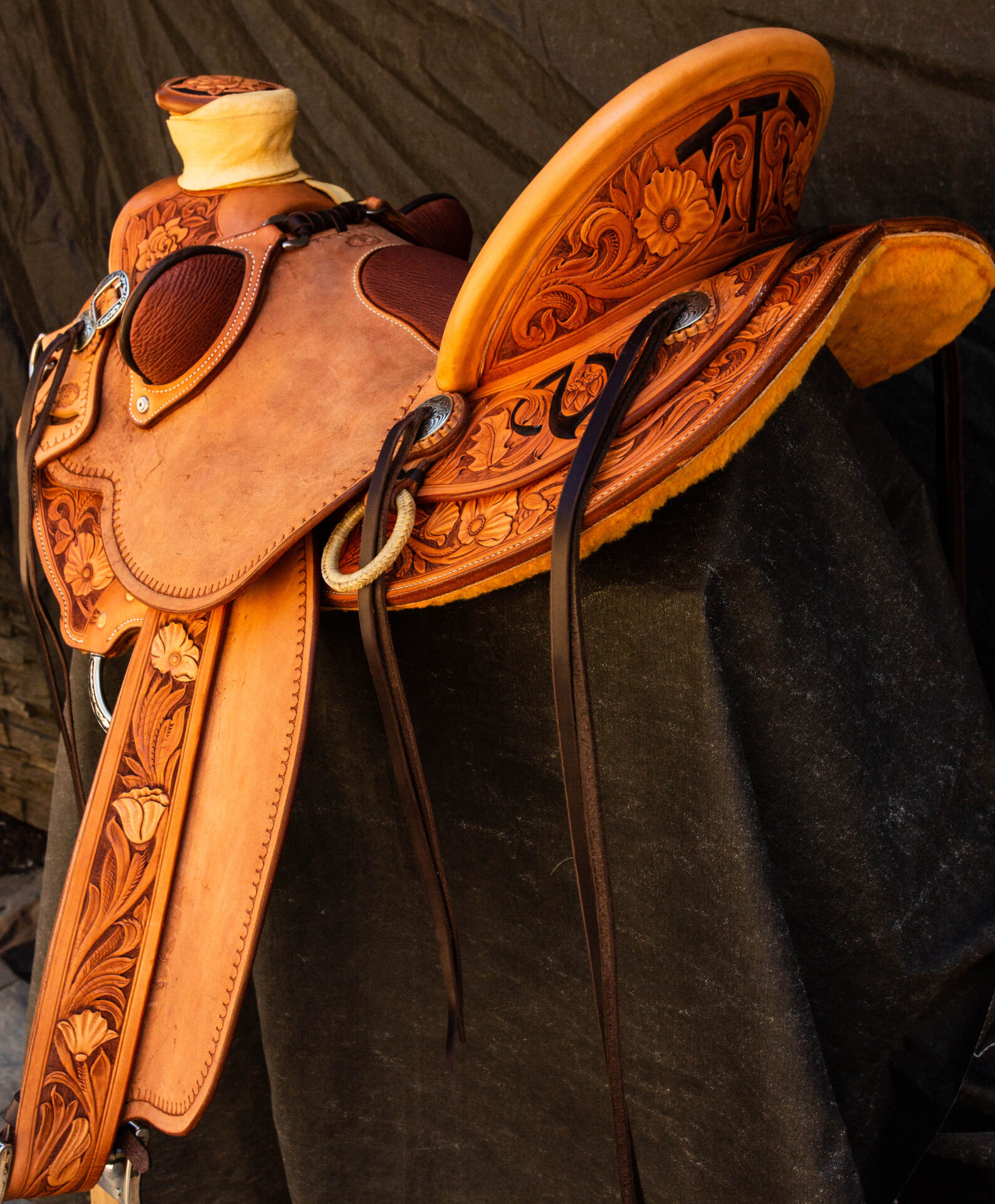 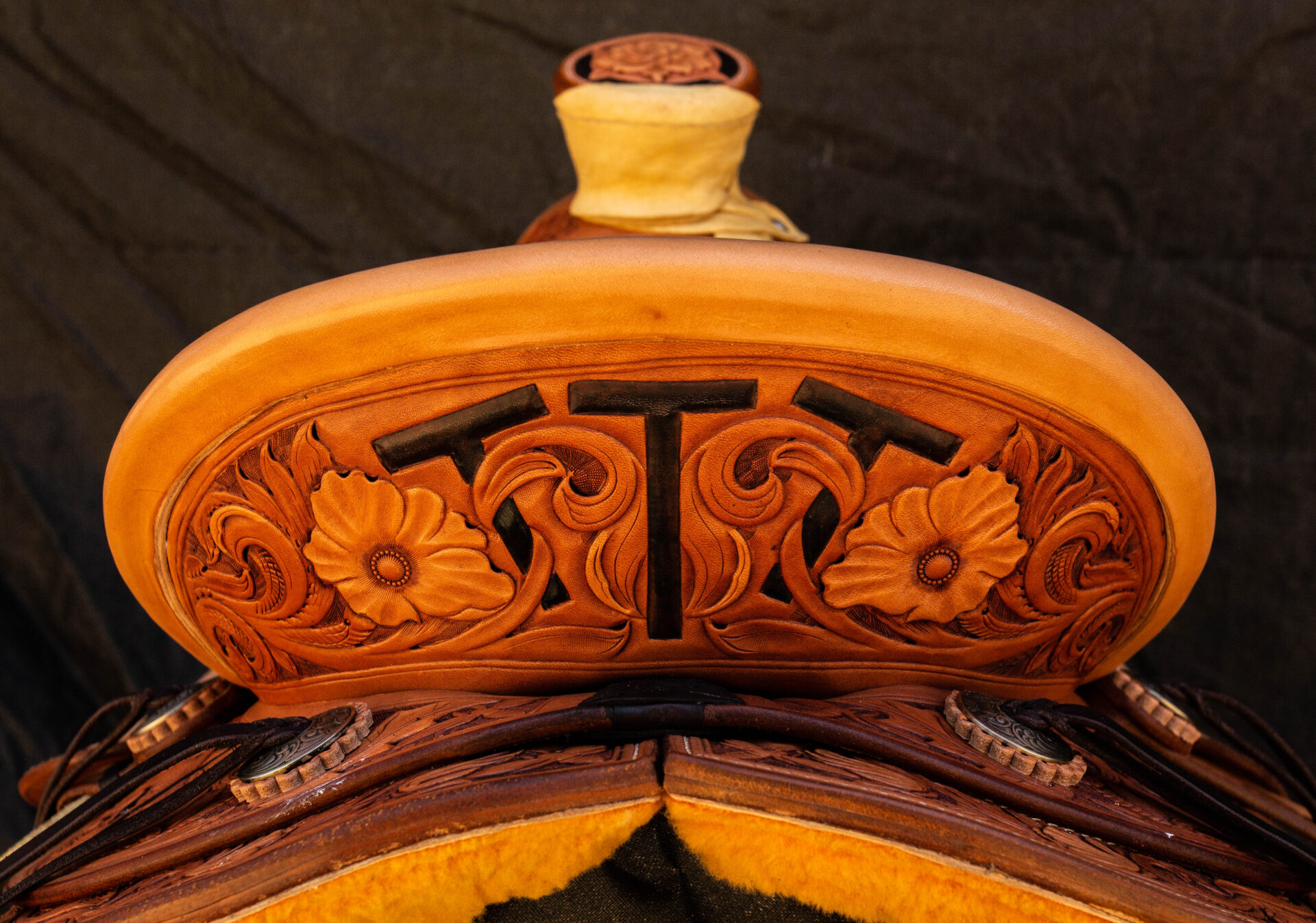 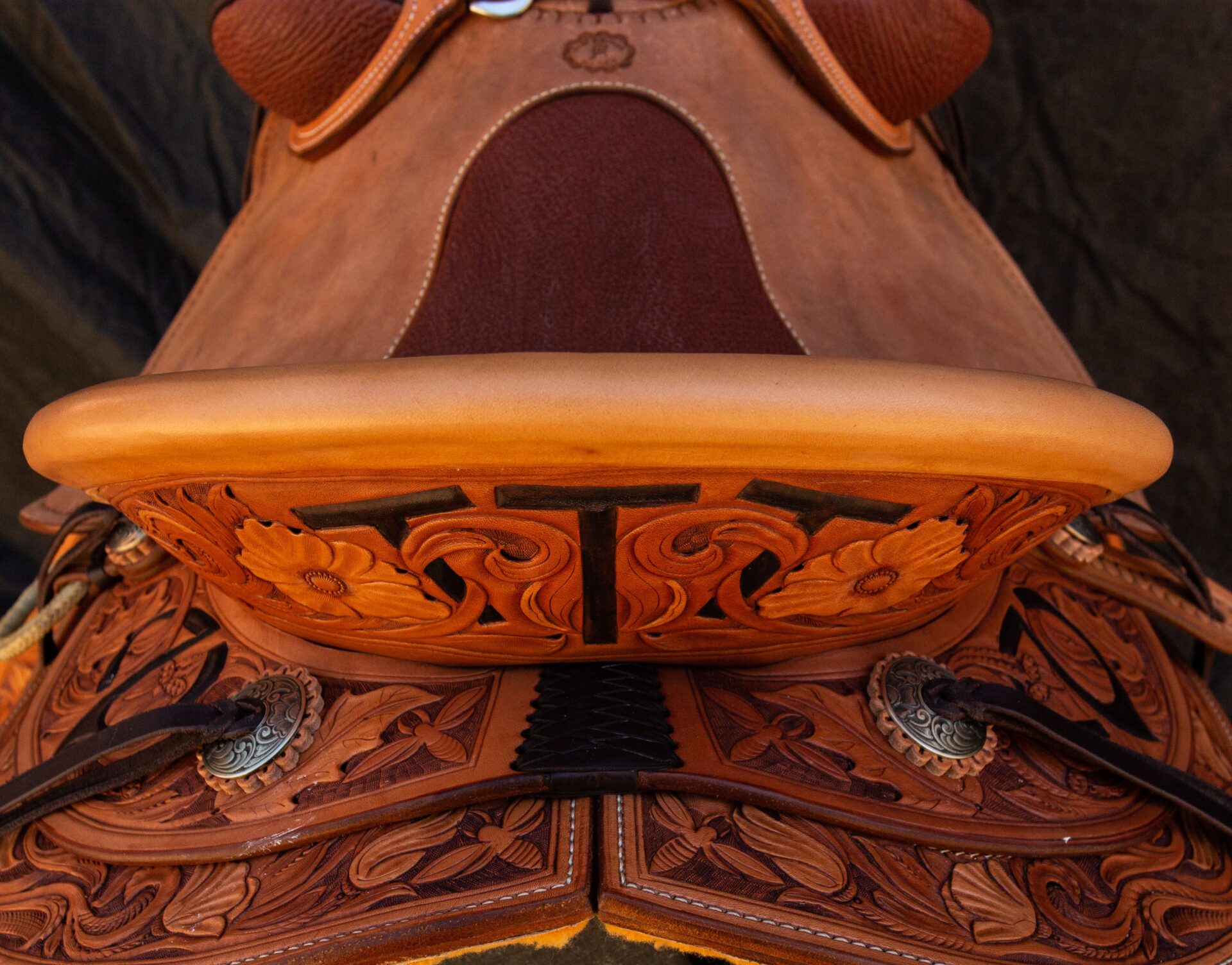 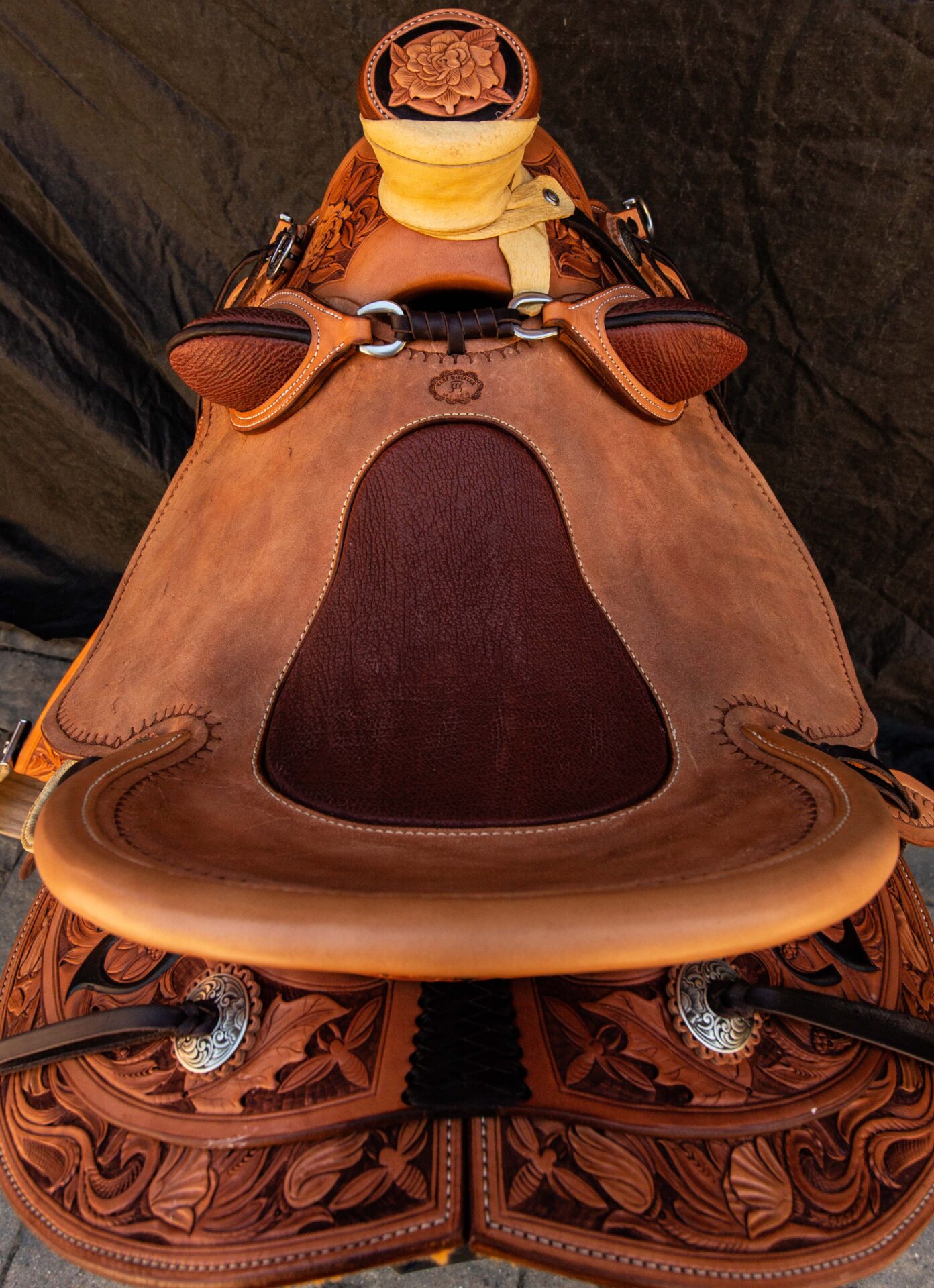 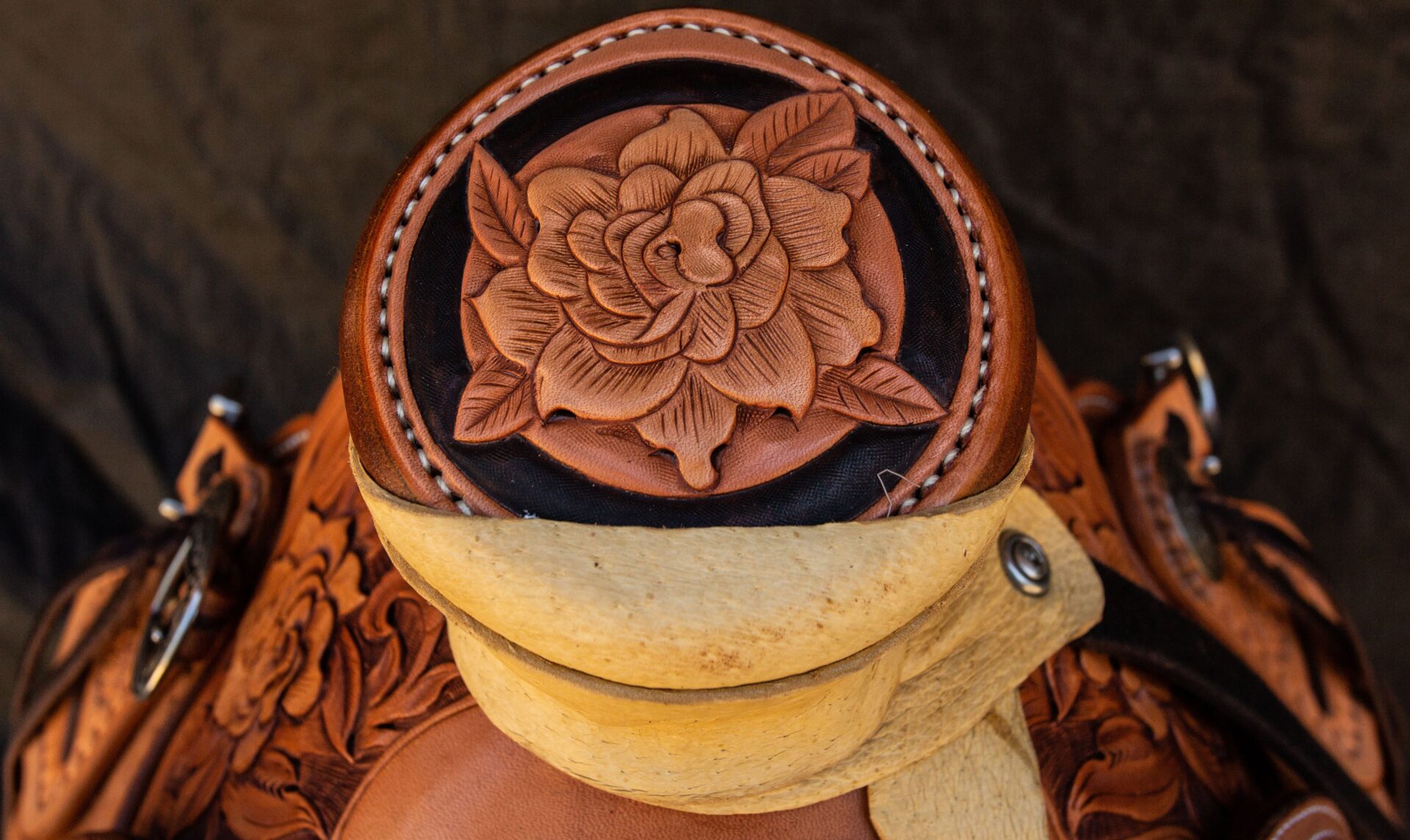 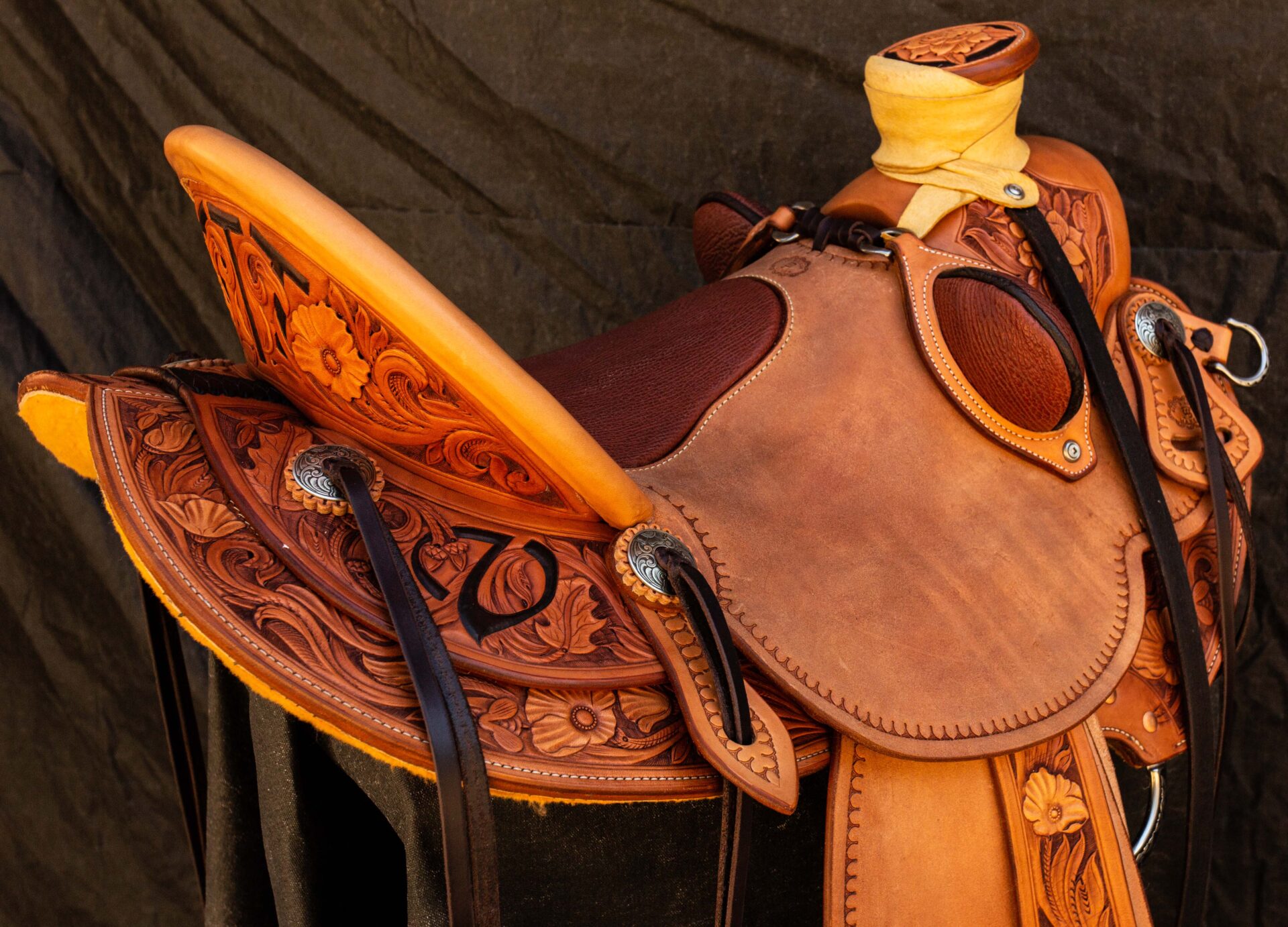 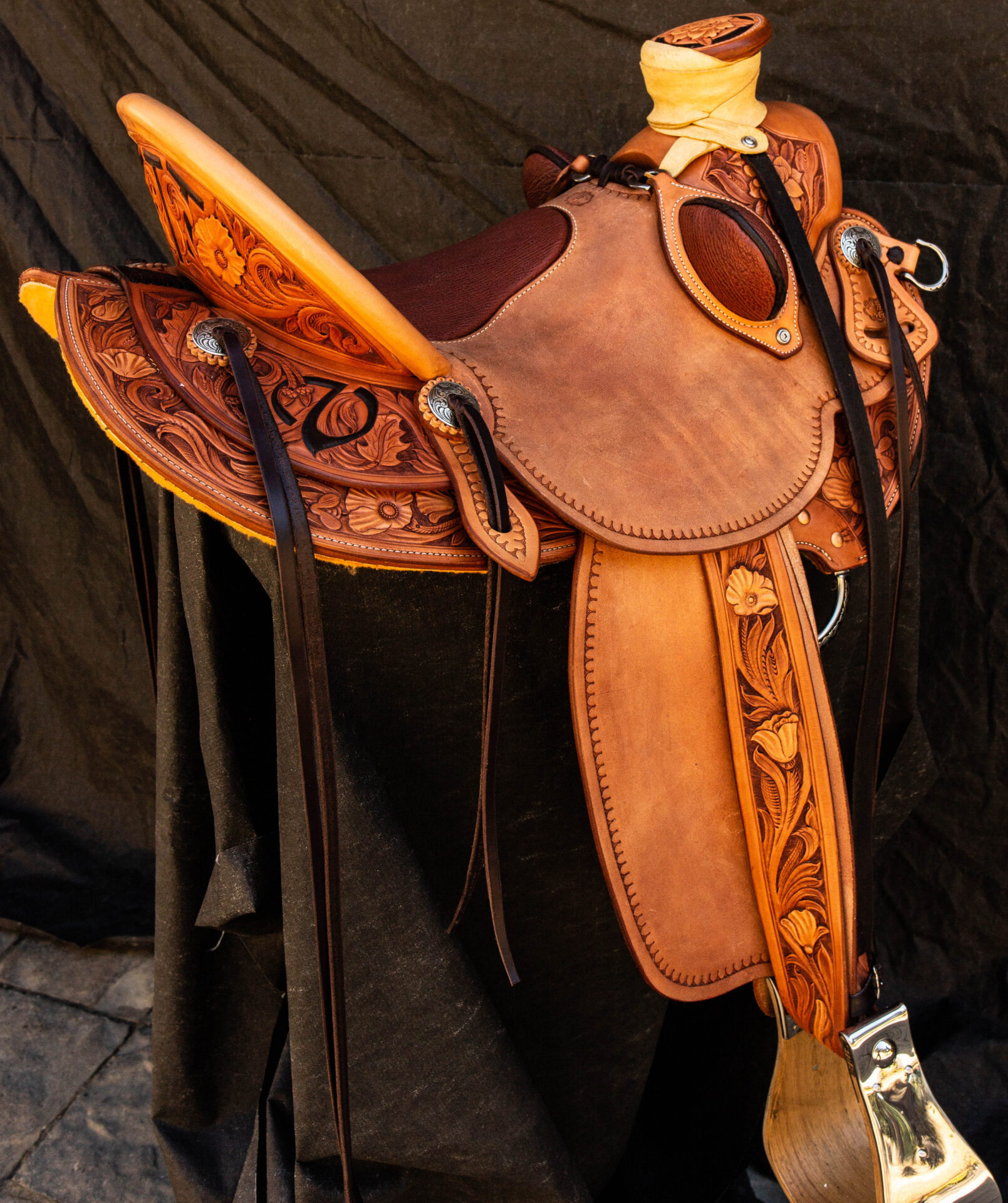